The "minimum film forming temperature" has been described as "the minimum temperature at which a water-borne synthetic latex or emulsion will coalesce when laid on a substrate as a thin film. When this process occurs, in the absence of pigmentation or other opacifying materials, a clear transparent film is formed. At lower temperatures than the minimum, a white, powdery, cracked film will result’’. 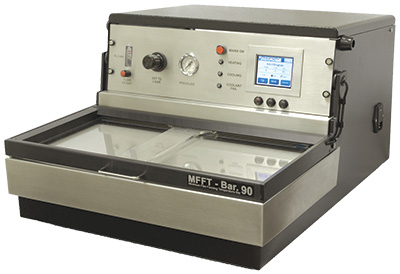